History & Horses at the Saratoga Racetrack 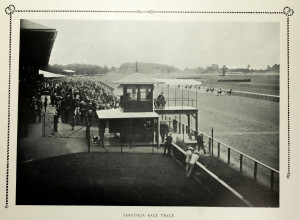 Today marks the opening day of the 153rd season at the Saratoga Race Course, the third oldest racetrack in the United States. Saratoga Springs was the summer spot during the heights of the Gilded Age, the ultimate 19th century destination where the wealthy elite would gather to dance, socialize, and gamble at the Saratoga Racetrack or at the elegant Canfield Casino in Congress Park. The elegant hotels lining Broadway – the Grand Union Hotel, Congress Hall, United States Hotel, and the Adelphi Hotel – hosted some of the most notable names of the day from Vanderbilts to Rockefellers to Astors.

The Saratoga racetrack was opened on its current site in 1863, though standard thoroughbred horse racing had been a notable sporting event in the city since 1847. The racetrack was largely made possibly by the efforts of John Hunter (later the first chairman of The Jockey Club), William R. Travers (namesake of the Travers Stakes race held on the wildly popular Travers Day), casino operator and future congressman John Morrissey, and the American business magnate and philanthropist Cornelius Vanderbilt.

The racing season at the Saratoga racetrack originally only lasted four days, but the season now extends to 40 days of active horse racing. There’s nothing quite like the ambience of the Saratoga racetrack: the beautiful and historic 19th century buildings, the laid-back relaxation of picnicking on the lawn, the excitement of standing at the rail watching the horses thunder past, the elegance of sitting in the Clubhouse or Grandstand, the thrill of watching the thoroughbred racehorses led through the grounds on their way to the starting gate only inches away from you.

Are you going to the Saratoga Race Course this year? Plan your visit by visiting the official website, or get in the racing frame of mind with these historic images of Saratoga and the racetrack taken from 19th century stereoview cards and Saratoga Springs souvenir booklets: 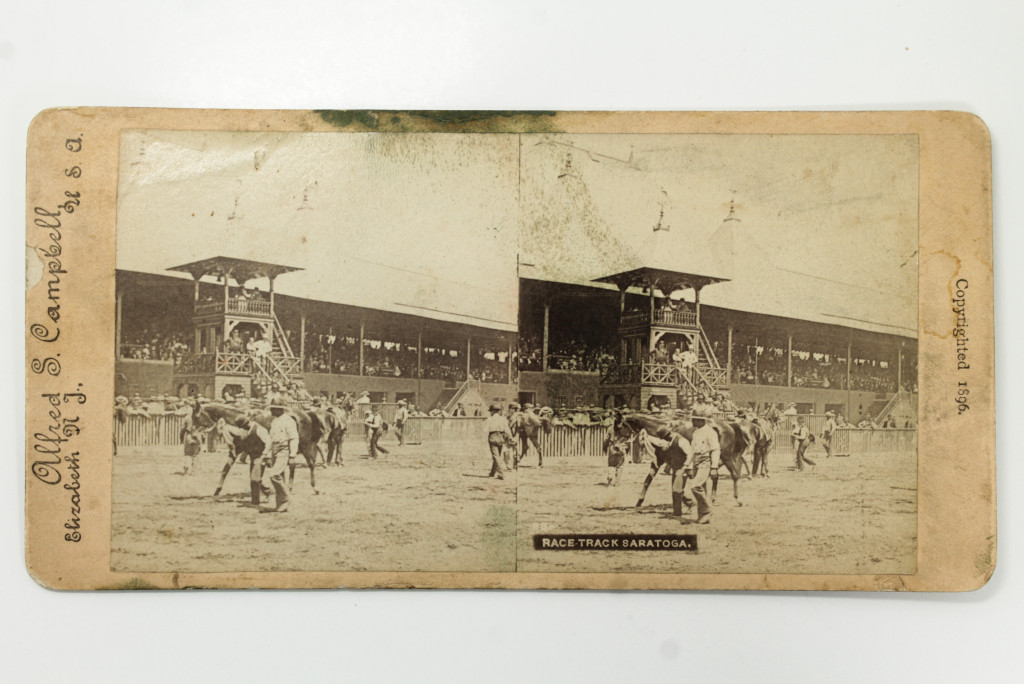 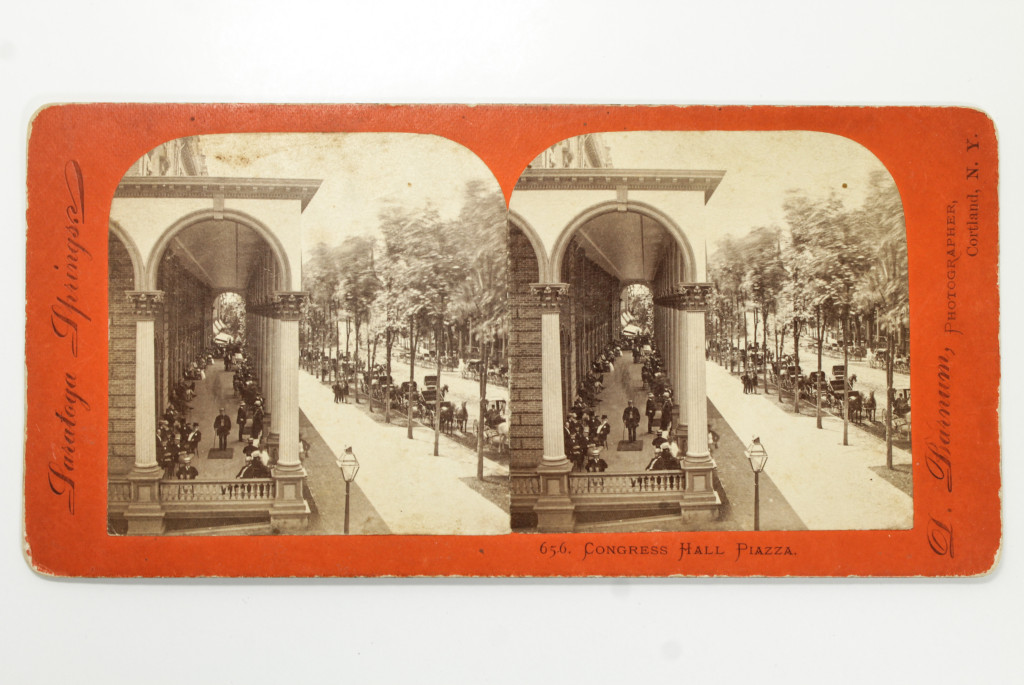 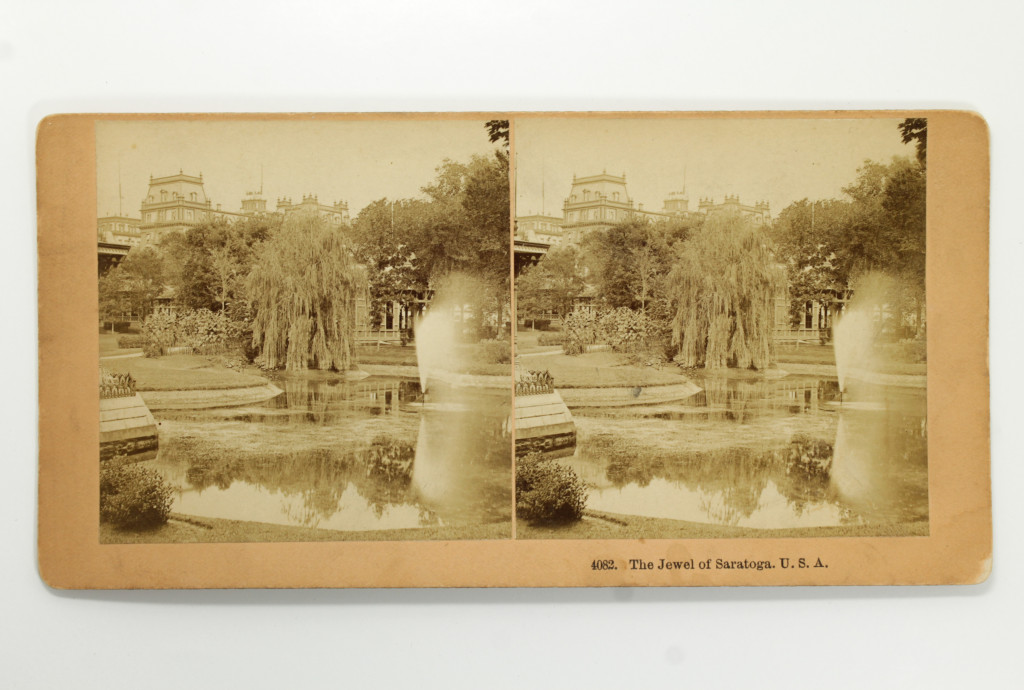 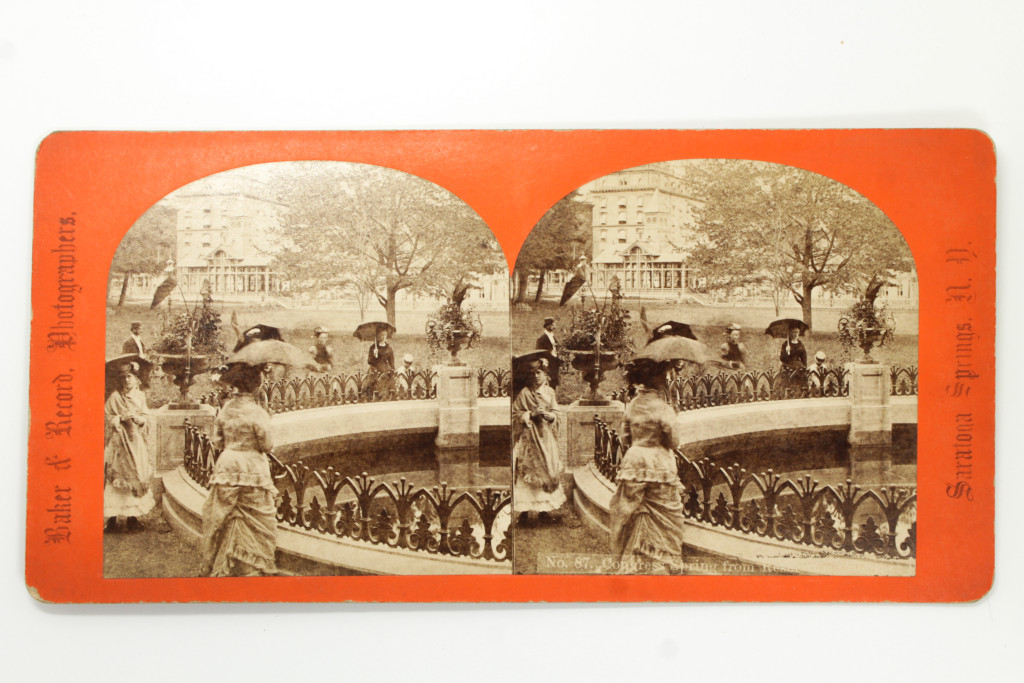 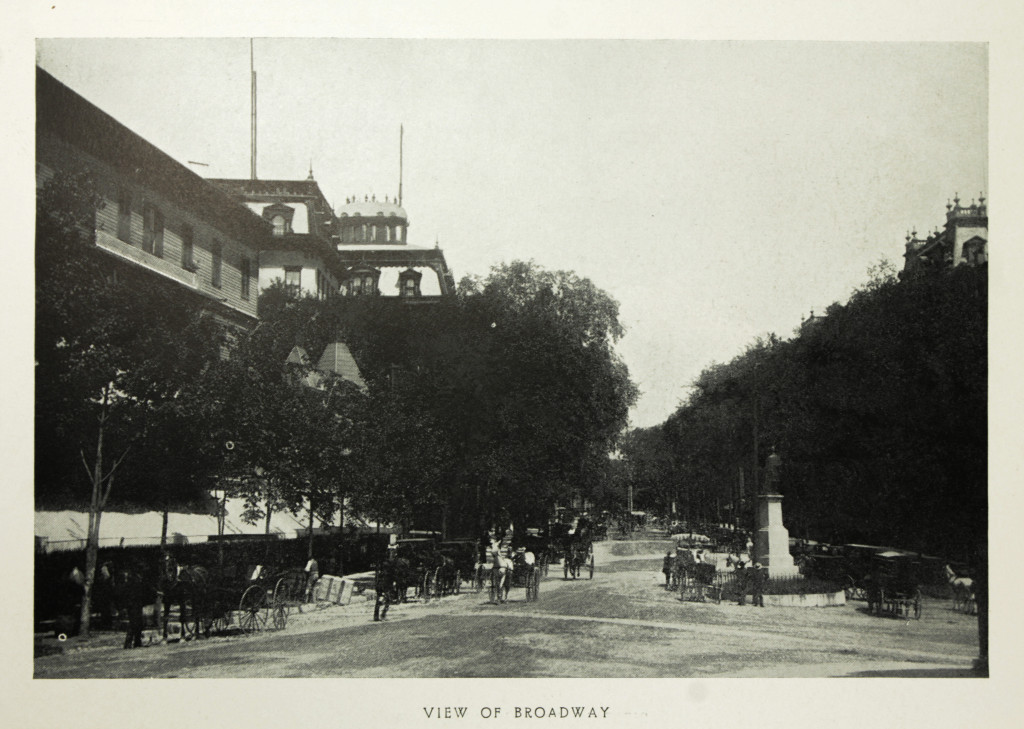