Few art forms capture the imagination like fine blown glass or thrown pottery. Many examples of art glass & art pottery exist to serve as pure decoration but most of what we see also doubles as functional utilitarian objects. Antique European faience pottery is a perfect blend of decor and function. Visit our blog post about European Faience to find out more.  We purchase faience pottery in our Saratoga Springs, NY and Albany, NY offices along with other types of antique pottery and glass.

One of the best known art glass companies is Tiffany & Co.  In 1837, Tiffany founded an upscale boutique in New York City with John B. Young.  They soon began producing high quality silver, glass, and gemstone work.  Louis Comfort Tiffany, the founder’s son became a well known glass artist even redecorating parts of the White House for Chester Arthur in 1882.   In 1894, Tiffany patented a new type of glass known as favrile glass.  This type of glass boasts a beautiful iridescence.  Unlike other iridescent glass the color and luster is part of the glass itself and not a surface coating.  Tiffany used favrile glass to create a variety of pieces from small bud vases to elegant stained glass windows to original Tiffany lamps.  The strength of the Tiffany brand, coupled with the unique abilities of Tiffany glass makers means that all kinds of Tiffany glass still have great value.  We recently sold an authentic Tiffany lamp for $9,000 at a show.

Another renowned American glass artist is Frederick Carder.  In 1903, Carder founded Steuben Glass Works with Thomas Hawkes in Corning, New York.  Corning is a long time center of glass production.  During his time at Steuben, Carder worked on the production of colored glass in many forms perfecting an iridescent Gold Aurene glass.  He also created gorgeous pieces of cut glass crystal like this Warwick Bowl.  He produced a wide variety of objects most of which still have a high collectible value.  A similar type of iridescent glass was produced in Queens, New York under the name Quezal.  Produced only in the early twentieth century, Quezal pieces often featured feather-like patterns and rich greens and golds.  Common Quezal art glass pieces include vases and lampshades.   Another American glass artist is Paul Stankard.  While he and the other American companies thrived domestically, they faced stiff competition abroad.

France was a huge center of glass production.  One French glass maker was Emile Gallé who worked in Nancy, France in the late 19th and early 20th centuries.  His company produced both handblown and factory pieces featuring vibrant colors and nature motifs.  Pieces by Gallé in excellent condition have been appraised with values of over $100,000.  Also based in Nancy and founded around the same time is Daum glass.  Founded by Jean Daum in 1878, and later run by his two sons, Daum was known for their richly colored glass using paté de verre a method of glass casting dating back to Egyptian times.  This technique was often combined with etching and other glass techniques to create intensely decorative pieces in all shapes and sizes.  Upon Gallé’s death in 1904, Daum became the leader of the Art Nouveau movement in glass art.

One of Daum’s apprentices, Charles Schneider went on to start a glass company with his brother.  Under the Schneider name the duo created futuristic designs that eventually were given the label Art Deco.  Schneider used intense colors that often clashed to create eye-catching handblown art glass sculptures and vases.  At its peak, Schneider employed upwards of 500 glass artisans to create their highly popular pieces.  Another company that produced Art Deco designs was Legras.  Founded in the 1860’s by Augustine Legras, the company created richly hued glass artworks often through techniques like enameling or the use of cameo glass.  Cameo glass is a method in which thin layers of glass are fused together and then carved with a design.  When done correctly the different areas of the carving show the layers beneath creating a striking contrast.

Perhaps one of the best known French glass artists is René Lalique.  He started as a Parisian jeweler in the 1880’s and began making glass perfume bottles in 1902.  A decade later he had a booming glassworks that produced a variety of pieces.  He is best known for his small opaque figurines including his line of glass hood ornaments.  Lalique’s company still produces glass and jewellery under his name today.

One of the oldest European glass centers is Murano, Italy.  A small island next to Venice, glass production there dates back to the thirteenth century.  Glassmakers were kept there by the local nobility to prevent the spread of its production techniques.  Makers were prohibited from leaving without permission under threat of death.  By the 15th century, Murano was crafting the clearest glass in all of Europe.  Pieces from Murano take all forms but the most common is glass beads, often used in rosaries.  One specific company, Venini, was founded in the early 20th century and created  many beautiful pieces including the beautiful fazzoletti vases, fazzoletti meaning “handkerchief”.  These pieces were made from a sheet of glass that appeared to be draped upward in the form of a vase.

In Eastern Europe makers like Loetz and Moser thrived in what is now the Czech Republic.  Loetz founded in the 1850’s, began with the production of crystal and painted glass.  After the debut of Tiffany’s favrile glass in an exhibition in Vienna, the company quickly switched to the Art Nouveau style of glass creating beautiful iridescent pieces and ushering in a golden age for the company.    Moser followed a different path.  After its founding in the 1850’s, it became a court supplier for Emperor Franz Joseph I ensuring its success.  Moser innovated in the Art Nouveau period creating unique engravings and floral designs on their vases.   This was followed by their appointment as court supplier for both the King of England and the Shah of Persia.  Moser is still active today.  Another glassworks, Bimini was a glass company founded in Vienna in 1923.  They used lightly colored glass to produce delicate pieces of art moving to London after World War II.

Along with these and other glassmakers, we purchase pottery from:

Contact us today to schedule your free purchase evaluation of your art glass & art pottery at our Albany NY or Saratoga Springs NY locations. 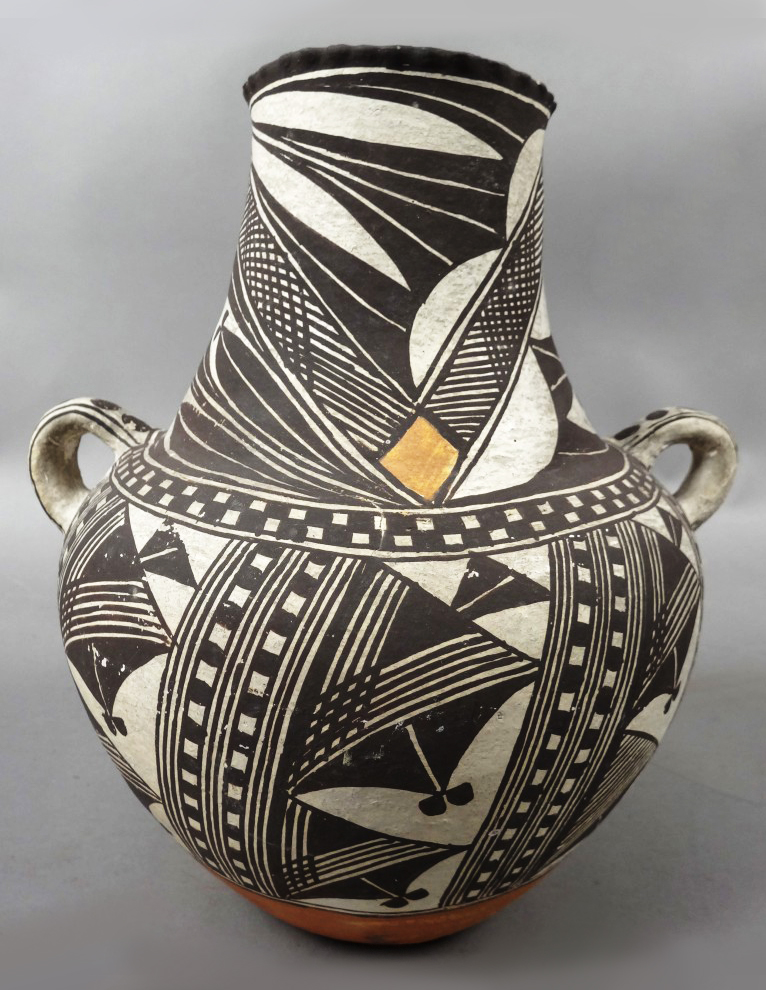 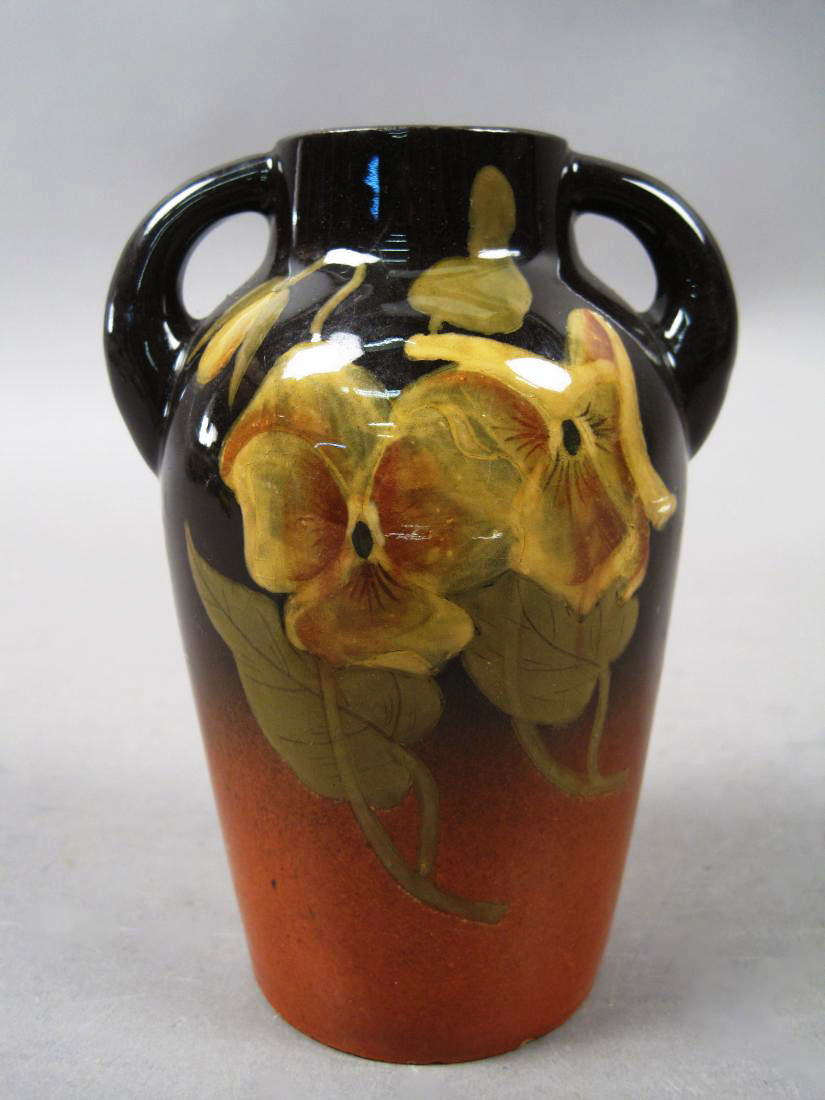 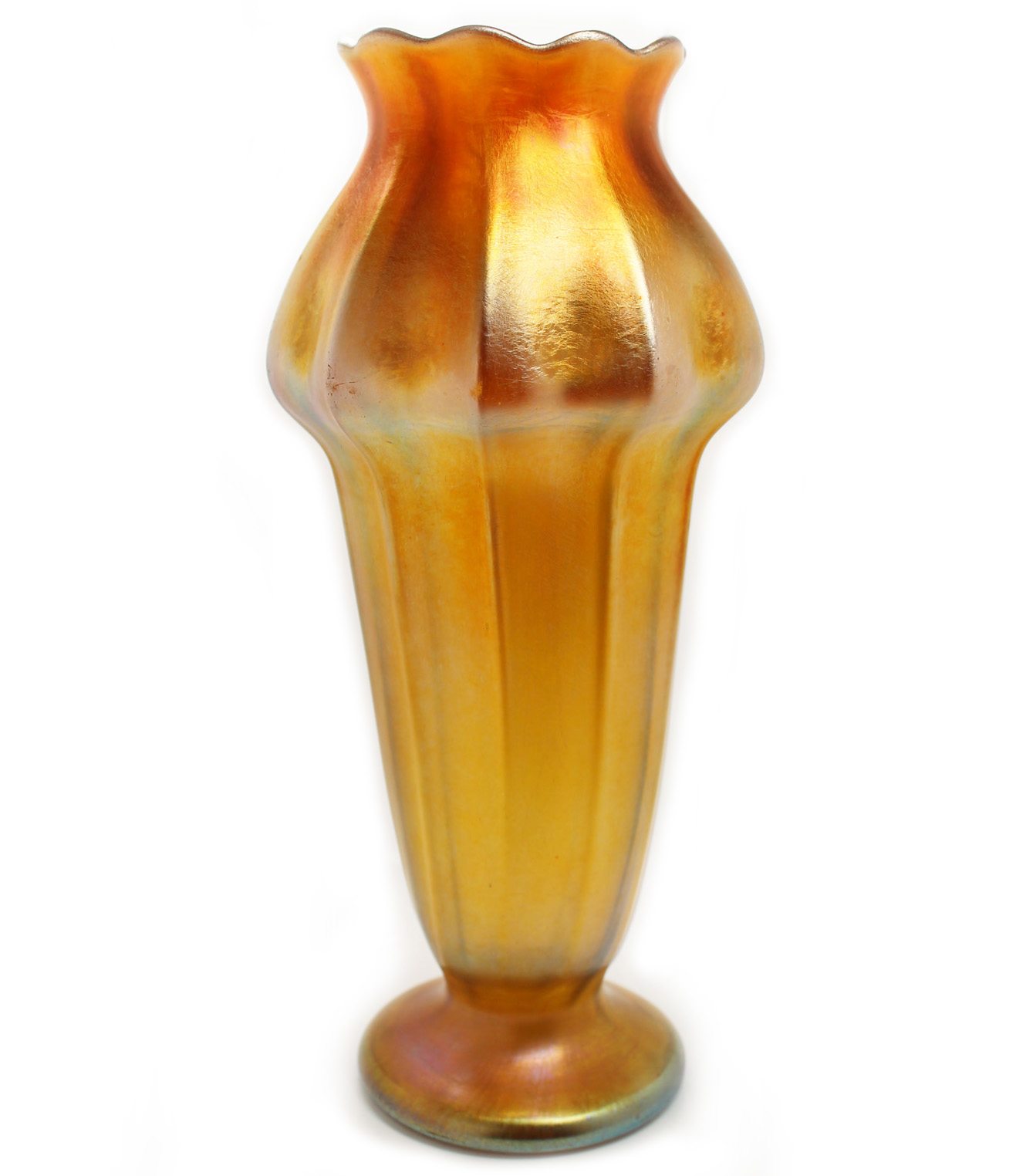 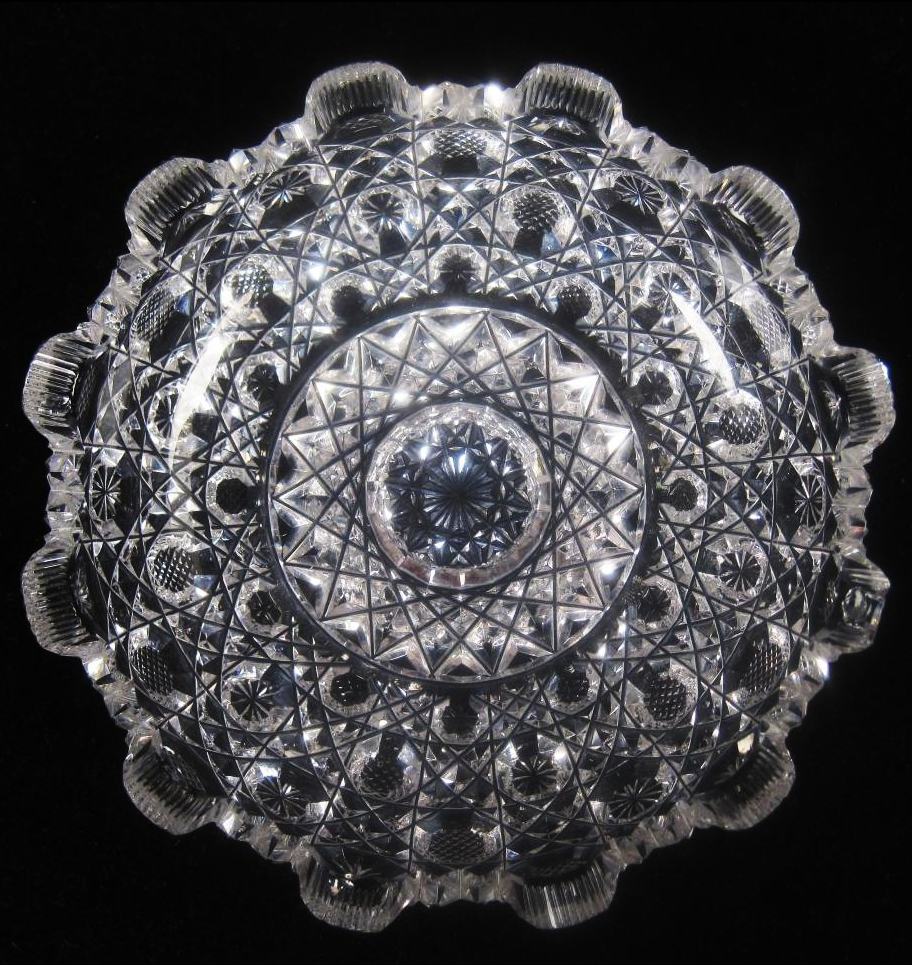 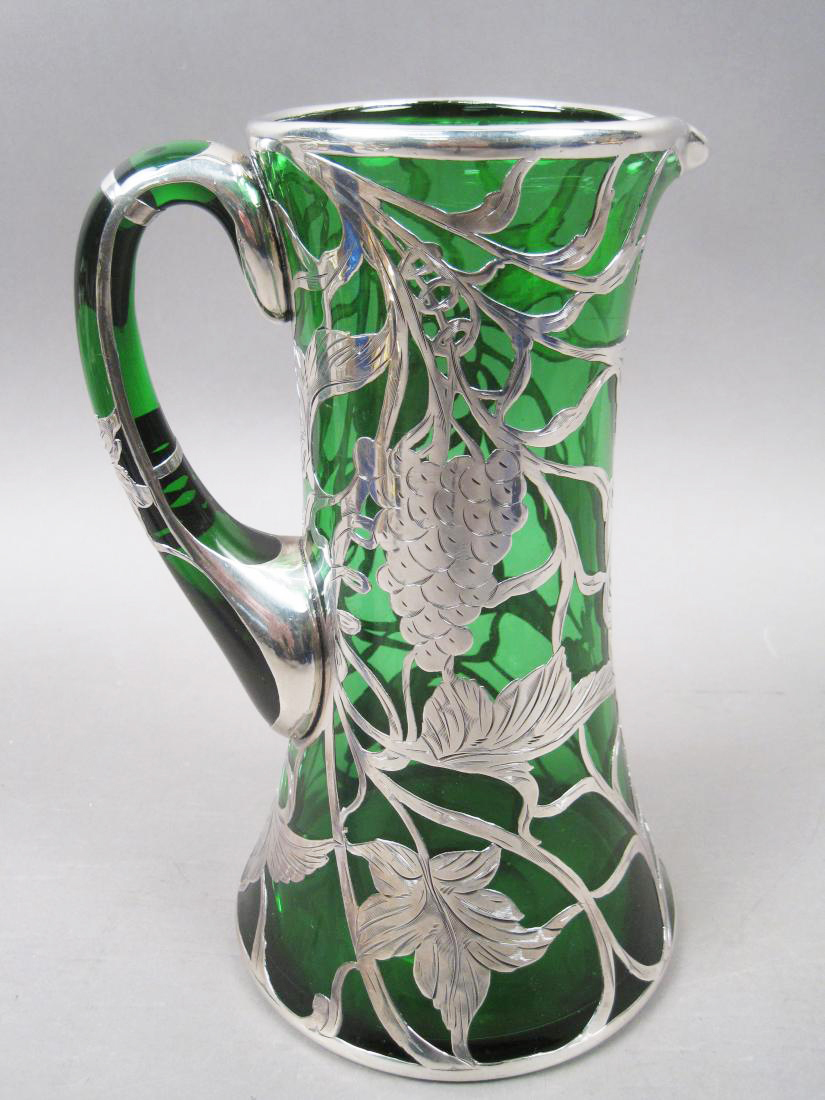 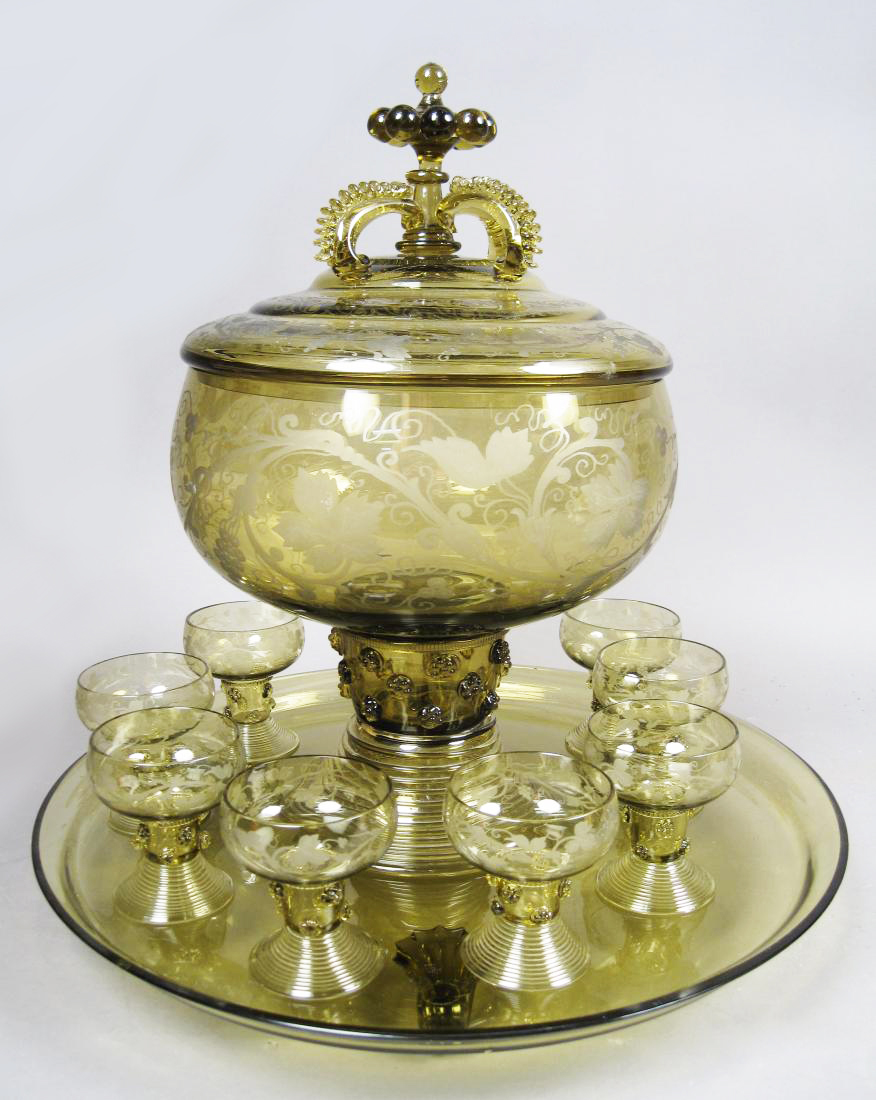 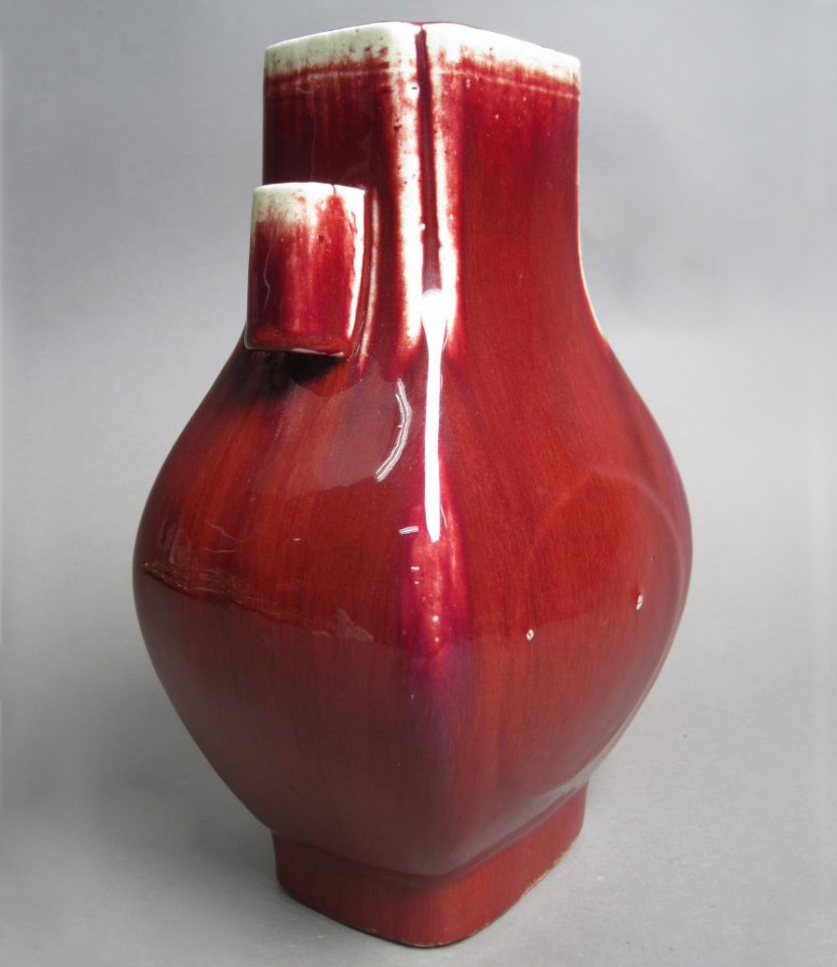