Some of our most exciting finds include rare artwork & estate jewelry.

Part of what is exciting and fun about this business is seeing the amazing things wonderful people bring in. You never know what can be hiding up in an attic or in the garage. Here are a few of our favorite finds. 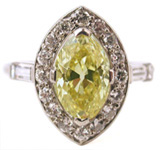 A local woman came in with a jewelry box full of antique and vintage jewelry that had been passed down to her from her mother, grandparents and various aunts. She thought it was mostly costume jewelry and hoped to get some spending money for the holidays. She was happy to sell a nice assortment for several hundred dollars. We were very pleased to point out the natural fancy color yellow Art Deco diamond ring, which she sold for more than $10,000. -ML

This miniature painting looked too good to be true: the colors were as vibrant as if it had been painted yesterday. It turned out that the old masters knew what they were doing when they prepared their pigments. This was an authentic 14th-century Renaissance masterpiece by Guilio Clovio, the only old master from Croatia. After obtaining a formal authentication, we sold it on behalf of the elderly Adirondack woman who had found it in her family storage unit. The Croatian government paid more than $80,000 for it and presented it to the Croatian people in a special session of Parliament. -ML 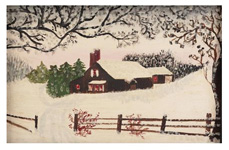 This charming oil painting on board was brought in by the lucky woman who saw it at a yard sale and bought it for $1 or $2. Even though unsigned, it was identifiable as the work of Anna Mary Robertson, “Grandma Moses,” who lived and worked in nearby Eagle Bridge, N.Y. Although very small and unsigned, it still brought $7,500 for the lucky shopper. -ML

A very sweet, grandmotherly woman brought us this gold coin. Three-dollar gold pieces are uncommon and this one was even more rare because of its high-grade, uncirculated condition. Minted from 1854 until 1889, it was never a popular coin. While a circulated example in average used condition might sell for $600 or $700, our charming client was able to sell this choice uncirculated coin for $8,500. -ML 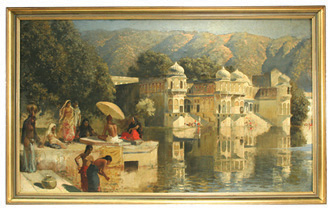 I usually don’t see oil paintings in such terrible condition as this one, which had been damaged severely when the pipes froze, split and poured water through the owner’s house. Between 20 and 30 percent of the original painting had been cut off and the damaged remainder had been crudely glued to a piece of masonite with areas of loss painted over with what looked like house paint. Luckily, the children of the original purchasers confirmed what the artist’s signature had been. We had the painting authenticated and traced it back to the early 1900s’ sale of the estate of the artist, Edwin Lord Weeks, one of the foremost artists of the Orientalist school of painters. Titled “Lake at Oodeypore,” it had been purchased at that sale by one of the founders of the Metropolitan Museum. It’s always difficult to estimate what a horribly damaged good painting is worth, but in this case it brought $120,000. -ML 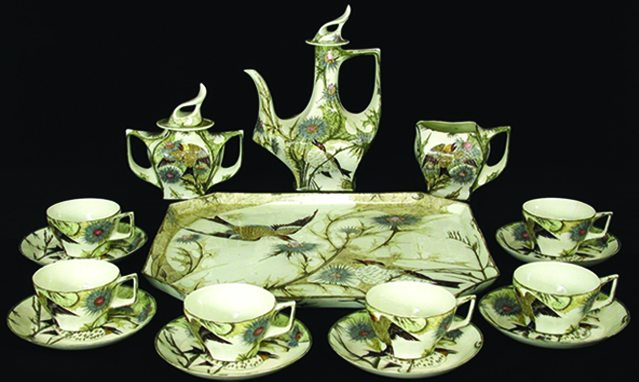 This set came from an area couple whom I had worked with for years. It was the second marriage for both of them, and they were repeatedly receiving estate items from distant relatives of their late spouses, each of whom had been the last of their respective lines. As I went through their latest boxes, I identified and purchased a typical group of antique knickknacks and objects. As I was getting ready to leave, I noticed this set in their china cabinet and asked if they were interested in getting more information about it. It was a hot chocolate set made by the Rozenburg company in Holland, circa 1900. The set was an example of eggshell porcelain, unbelievably thin and delicate, painted in unique Art Nouveau designs. When I told them that I could get at least $10,000 for it, the woman leapt on me screaming and almost knocked me over. When we actually sold it for $42,000, I delivered the good news by phone. -ML 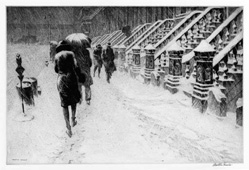 This was brought in by a young woman and her parents. At first glance, it looked very much like dozens of signed, yet not valuable, etchings that I look at every month. This one had a tag from an old and prestigious gallery in New York and had been purchased by the young woman’s grandmother for not more than $5 at an estate auction in the 1950s. It turned out to be by artist Martin Lewis, who is one of the most sought after American printmakers of the early 20th century. We sold it for more than $20,000 on behalf of the very happy young woman. -ML