Winter is tough, but aren’t these beautiful? 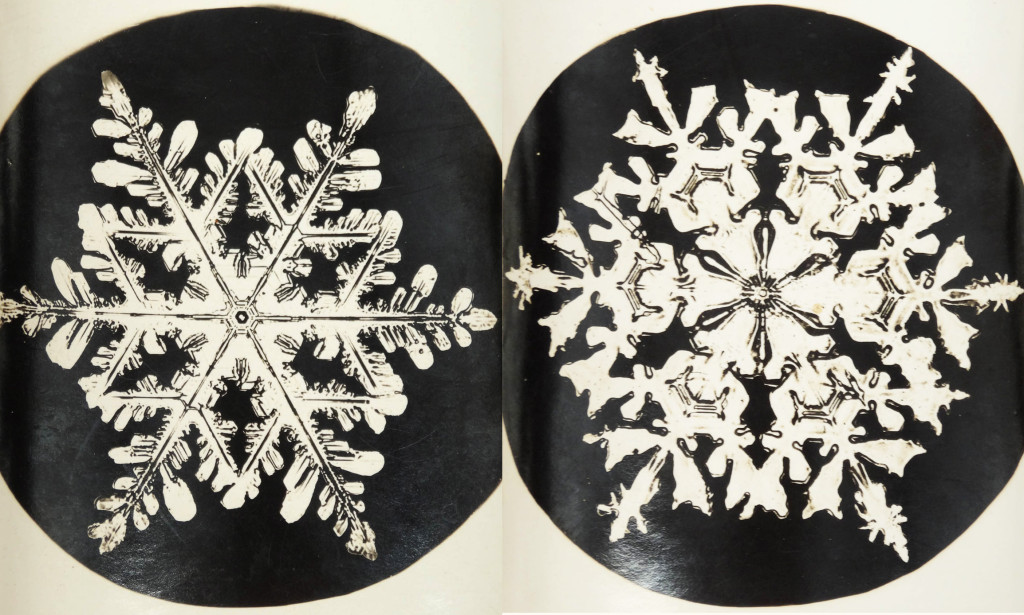 At some point when I was a young boy, I was told that no two snowflakes were alike. This amazed me: the idea that every single single snowflake that fell to the ground was unique and like no other. I tried looking at them myself, but it’s not an easy task to catch a single flake undamaged to examine closely. The best I was able to do was catch small fragments or scoop up a little pile on my mitten. I could see the beautiful structure of the crystals and yes, none of the bits that I saw identically resembled each other. This made it especially incredible when I was told that there was a man who had photographed thousands of individual perfect snowflakes. His name was Wilson A Bentley.

Imagine my delight (more years later than I care to think about) when I walked into a client evaluation appointment and there were three original photographs of snowflakes signed “W A Bentley” across their backs. My client knew about Wilson Bentley, needed money for a purchase, and was curious to know their worth and if I could help her sell them. I did a little research and discovered that original photographs by Bentley usually sell for between $1000 and $1500 each. That each of these were both autographed by Bentley would probably make them sell toward the higher end of that range.

My client was very pleased and gave two of the snowflakes to us to sell for her. She did keep one for herself. If I owned the three I would probably do the same thing; they are delightful objects in their own right. It is a testament to Bentley that, because he did such a consummate job of capturing so many superbly focused and distinct images of individual snowflakes, there was a span of more than 100 years before anyone else attempted it again. When they did, they used the identical techniques that he used.

Wilson Bentley’s nickname was, (can you guess?) Snowflake, and it is estimated he made images of about 5000 snowflakes between 1885 and 1931. He described snowflake as “tiny miracles of beauty” and was the first to publish the suggestion that no two snowflakes were alike. It is perhaps apt that he died in 1931 from pneumonia after walking six miles through a blizzard.