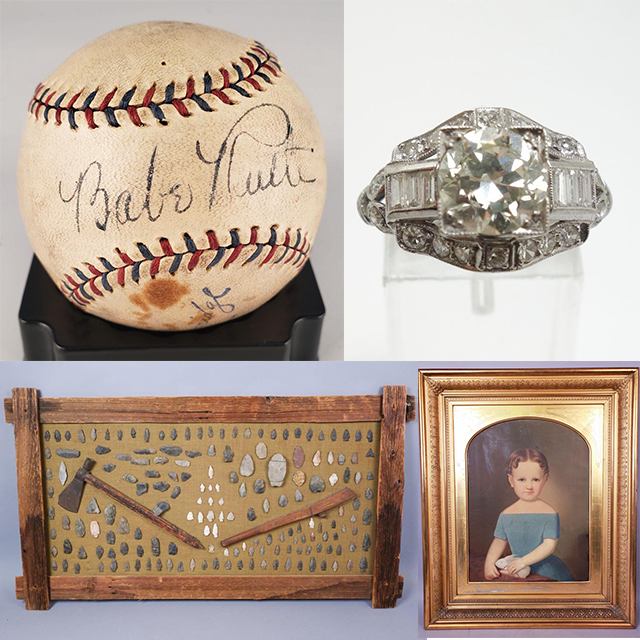 We are pleased to present an exceptional fresh offering of a recent group of local estate consignments as well as the fruits of 20+ years of professional collecting. We are opening up our warehouse for the first time in many years, and for this 3 day sale, we will have an incredible amount of rare, unusual and fine antique and vintage decorative objects to sell.  We will be setting up in our warehouse and in tents outside. This once in a lifetime event features a large collection of antique, vintage and modern objects including, but not limited to:

– Eddie Arcaro on Citation and at Saratoga photographs

– Original Aerial Map of Saratoga 1888. This is a rare original example of the map that was reprinted by the Saratoga Historical Society in the 1970’s. This one was a fixture on the wall of Gaffney’s paint shop on Caroline Street since the 19th century, in original frame

– Many, many, many lots of sterling silver jewelry and vintage costume jewelry

– Many more, we will be detailing here continually

View additional details, including photographs and terms of sale, by visiting the listing on EstateSales.net. 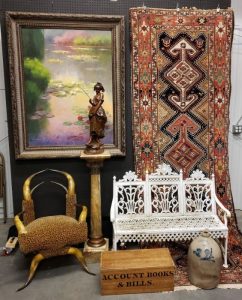